The Deluxe Edition's views are ten times more detailed than before with the highest resolution NASA maps available of the entire planet: Just 100 meters to a pixel vs. a kilometer to a pixel in the original edition. And now you can tilt the Earth's surface to see the landscape in 3D as you fly by the Himalayan mountains, look into the craters of volcanoes in the South Pacific or zoom in to see the deforestation of the rain forest along the Amazon river.

Rather than read about the weather, you can experience it as though you were there. Realtime weather effects let you see rain, snow and storms in any part of the world. You'll see it snowing in the mountains in a view so realistic that even the wind is blowing the snow in the right direction.

Track explorations past and present

The new route manager makes it easy to view, save and organize your own routes or the travels of others. It includes more than a hundred famous routes from Finding Nemo's trek to Captain Cook's voyages, and a set of famous hurricanes from the past fifty years. You can also add notes and photos to your routes for a complete record of your adventures.

Visit even more place on Earth

We now have more than 60,000 location in our database, twice as many as before. In addition to cities and countries, you can now search for and view many new types of locations,

including landmarks, mountains, deserts, waterfalls, zoos, and more. Learn the capitals of countries and states and look up the population, size and attractions of cities around the world.

Launch yourself into space

In this new edition the heavens open up before you with celestial maps showing accurate locations of the moon, planets, and stars in the night sky as the seasons change. You can turn on all 88 constellations and learn their names, or dial up a particular date in history with our time slider to witness a solar eclipse.

Capture the motion of our planet 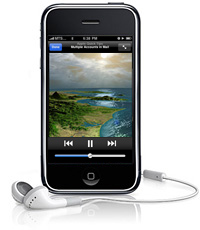 You can now record all the spectacular views of earth turning in space in a Quicktime movie that you can view on your desktop, include in an iMovie project, or export to view on your iPod or iPhone. Or capture a spectacular sunset, eclipse or snowstorm to set as your desktop background, or drop into an email with a single click.

See a DEMO MOVIE of the new Deluxe Edition in action!